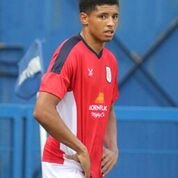 Here are those players that have worn the number 23 shirt in competitive games since squad numbers were brought into the Football League in the 1999/2000 season.

Midfielder Critchley would come through the Academy, making one appearance in his single season as a first-team player. He would become a coach at the Alex (making his way to manage the Under-18s alongside James Collins) before joining Liverpool in a similar position then becoming their Under-23 manager in the summer of 2017. After standing-in for Jurgen Klopp as first-team manager for 2 games in the 19/20 season, he would join current club Blackpool as their manager in March this year.

Midfielder Trainer came through the Academy set-up making 3 appearances for the first-team. He would leave the Alex in the summer of 2002, joining Northwich Victoria and also played for Kidsgrove Athletic, Halesowen Town, Tamworth in 2 spells, Moor Green, Oxofrd United, AFC Telford United, Nuneaton Town, Worcester City and Corby Town before retiring in 2018.

Saint Kitts and Nevis international defender Burton would join the Alex from Port Vale in August 2002 on a non-contract deal, he made one appearance for the Alex before leaving for Peterborough United later in the month. He would also play for Shrewsbury Town, Barnet and Rushden & Diamonds before retiring in the summer of 2008.

Defender Morris would graduate the Academy but wouldn’t make a first-team appearance before being released in the summer of 2005. He would also play for Kidsgrove Athletic, Stafford Rangers, Leek Town and Kidsgrove again before retiring from playing. Morris would then join the Alex coaching set-up and is currently the manager of the Under-23s.

Midfielder Lloyd is another Academy graduate that didn’t make a first-team appearance before leaving the club in early 2007. He would also play for Witton Albion and Droylsden before retiring in the summer of 2010.

We looked at Bailey’s career in the number 16 column, he wore this number in his second season with the first-team squad.

We looked at Tootle’s career in the number 2 column, he wore this number in his first season with the first-team squad.

We looked at Dugdale’s career in the number 6 column, he wore this number in the first season of his second spell with the club.

We looked at Daniels’ career in the number 18 column, he wore this number in his first season with the first-team squad.

Midfielder West joined from Ebbsfleet United for a small fee in the summer of 2012, making 12 appearances for the club in the 18 months he had with the Alex (which also included a loan spell at Hereford United) before he rejoined the Fleet. He would also play for Whitehawk, Chelmsford City, Kingstonian, Eastbourne Borough and Tonbridge Angels before joining current club Ebbsfleet for a third spell in January this year.

We also looked at Ng’s career in the number 2 column, he wore this number in his first three seasons with the first-team squad.

Scottish full-back Woodcock came through the Academy but didn’t make an appearance for the first-team in his single-season as a professional, unfortunately suffering a long-term injury that would keep him out for most of it. He would join Altrincham in September 2018 for a short period and currently works as a coach at the Alex Academy.