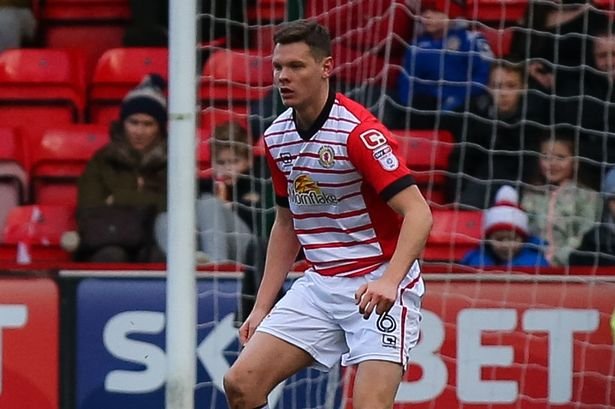 Stevenage have announced the signing of centre-back Ben Nugent from Gillingham on a 1-year deal, the club announced yesterday.

Nugent, 25, started his career at Cardiff City and made his debut for the Bluebirds in the League Cup first round in 2012 before loan spells at Brentford, Peterborough United and Yeovil Town. After 3 years in and around the first team with the Welsh club, he joined Crewe on a 2-year deal, making regular appearances under Steve Davis before losing his place as Dave Artell preferred the partnership of George Ray and Jon Guthrie in the centre-back positions. He joined Gillingham last summer where he played half of their games before being released in May.

What are Stevenage getting with the signing of Nugent?

A 6ft 5in centre-back who’s obvious strength is in the air but you will need quicker players around him due to a lack of pace. I don’t think that he’ll be a regular starter for the Boro seeing as he averages about 25 games played per season in his career going back to his Cardiff debut but he definitely won’t let them down as a rotation option.