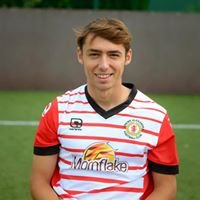 Crewe Alexandra have announced that they have extended the contracts of midfielder Harry Pickering and forward Lewis Reilly on their official site, a day after announcing new contracts for Dave Richards and Owen Dale.

Pickering, who has played in a number of different positions for the first team, made his debut late last season in the home game against Leyton Orient in April 2017 and has made 35 appearances for David Artell this season and has signed a 3-year deal with the option of another year on top.

Reilly, who has been a regular goalscorer for Alex Morris` Under-23 team this season, marked his first-team debut at Vale Park in the EFL Trophy by scoring twice and has made 5 appearances since then. He has signed for 2 years with the option of 2 more after those.