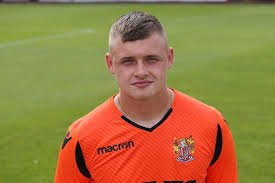 FC Halifax Town have confirmed that they have signed former Crewe Alexandra goalkeeper Will Appleyard, their third signing of the summer.

Appleyard, 19, started his career with the Alex but was released following his scholarship last summer before signing for Stevenage later in the summer. He only made a single appearance for the Boro (an 8-0 defeat against Charlton Athletic in the EFL Trophy) and spent a month at both Royston Town and Bedford Town but only made 4 appearances (all for Royston) in those spells.

The length of his contract has not been revealed.

What are Halifax getting from the signing of Appleyard?

They’ll be getting a goalkeeper that will be looking to start his senior career off but will start off competing to be the understudy to their Player of the Year from last season, Sam Johnson, as Shaun Rowley is also on the club’s books. His signing could allow one of them the opportunity to gain more experience playing for a smaller side at the start of the season before returning.