Defeat To Promotion Chasers See Alex Bottom After Game One 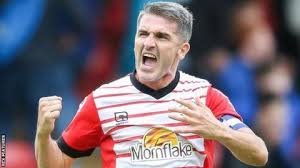 2 goals from debutant Callum McFadzean and one from former Alex winger Joel Grant saw Plymouth Argyle beat Crewe Alexandra at the Alexandra Stadium yesterday, a result that sees the teams at the top and bottom of the league after game number 1.

Manager David Artell named Will Jaaskelainen in goal with a back 4 of new captain Perry Ng, Ryan Wintle, Eddie Nolan and Harry Pickering. In front of them was a midfield 3 of Tom Lowery, James Jones and Paul Green while new signing Daniel Powell and Charlie Kirk were up top either side of Chris Porter. Not a lot of experience on the bench with Dave Richards being joined by Callum Ainley, Ollie Finney, Owen Dale, Josh Lundstram, Billy Sass-Davies and Lewis Reilly while Plymouth started 3 former Alex players with Antoni Sarcevic in midfield and both Grant and Byron Moore up front, Conor Grant was a substitute for the visitors.

The opening chance of the game came in the 4th minute with the ball being kept alive in the Alex box for McFadzean to score with an acrobatic effort from 12 yards out whilst the first attack from the Alex came 5 minutes later with Ng and Powell getting in down the right with the latter firing the ball across the goal with the defender turning it away.

The first real chance for the hosts came on 26 minutes with Powell again getting in down the right with his cross finding Porter, his effort saved by on-loan keeper Alex Palmer whilst Kirk’s follow-up effort also saved by Palmer. A minute later and the Pilgrims doubled their lead with a throw-in taken to Grant and his shot finding the bottom corner.

Into the second half where it was the Alex who were in the ascendency with Pickering’s out-swinging corner finding an unmarked Lowery at the back post who fired his shot over the bar whilst another chance came from another Pickering set-piece but his free-kick beat everyone and went out for a goal-kick. With Ainley replacing Jones 10 minutes into the half, Crewe would look to get on the front foot as a result of a formation change to a 4-2-3-1, it resulted in Plymouth getting deeper with Nolan, still up following a set-piece, being brought down for a clear penalty but referee Matt Donohue decided that it wasn’t one.

On 64 minutes, Ng’s cross from the right was turned goalwards by Ainley with Palmer making another decent save whilst the keeper would also make another save, this time from Green, a few minutes later. Pickering took a free-kick which hit the side-netting with 15 minutes to play with most of the crowd thinking it found the top corner before the third came in stoppage time with McFadzean scoring at the near post under Jaaskelainen.

What can we make from this game?

I’m not going to get too over-critical after a game against a team that will be right up there at the end of the season but we were nowhere near sharp enough in the opening period which Plymouth took advantage of by scoring their first 2 goals. Losing both Lancashire and Hunt in pre-season with knocks meant we played Wintle, our normal sitting midfielder, at the back and we don’t have a like-for-like replacement in the midfield ranks that is ready to play regular first-team football at this level yet which left the midfield lacking a bit of balance with players who want to sit and break the play up rather than get on the ball and get us playing.