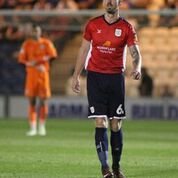 Michael was not involved for Hartlepool in their 4-0 win at Boreham Wood yesterday after he picked up an Achilles injury that will probably keep him out for 6-8 weeks.

Josh played the full game for Nuneaton in their 2-0 home defeat against Spennymoor Town yesterday.

Billy played the full game for FCUM in their 3-3 home draw with Guiseley yesterday.

Will played the full game for Nantwich in their 1-1 home draw with Scarborough Athletic yesterday.

This season (includes previous loan spell with the Dabbers) – 18 league appearances (19 in all competitions), 6 clean sheets (all in the league)

Connor was not involved for Newcastle in their 2-0 away win against Trafford yesterday.