Mbulu Passes Away At The Age of 23 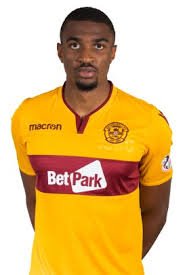 It was announced that former Alex defender Christian Mbulu has passed away following a call to his home in Cottam, Lancashire yesterday afternoon. At the time of writing the column, the cause of his death was unknown.

Mbulu started his career with non-league Brentwood Town before spells with Millwall, Braintree Town (loan) and Motherwell. He spent most of last summer on trial with the Alex but was only offered a short-term contract in late-October following defensive injuries, making 7 appearances for the club before not having his contract extended with the club in January. He joined fellow League 2 club Morecambe later the same day and made 3 appearances for the Shrimps, making his debut a few days later in their 2-0 win at Walsall.

Whilst he didn’t spend long with the club, his mark on many of his former teammates with the Alex have shown what a man he was and here’s what two of them had to say on social media last night:

Christian Mbulu.. one of the most clean hearted guys i have ever met in football, who then turned into an older brother figure for me.. I love you bro and I pray for your family and the people close to you during this time❤️ rest in paradise Chris💕 pic.twitter.com/ligKgTuYjW

Can’t believe it, rest in peace Christian thoughts our with his family and loved ones❤️🙏🏽 https://t.co/5LWNFnVmjH

Everyone at the Vital Football network would like to offer our condolences to Christian’s family and friends at this difficult time.