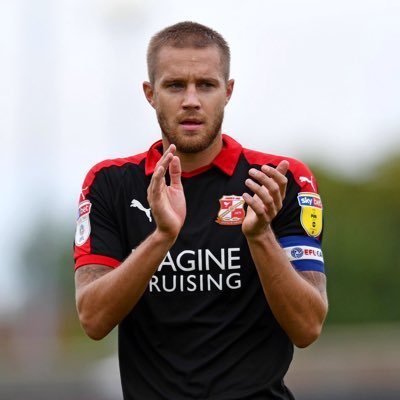 Crewe Alexandra have announced the signing of central defender Olly Lancashire from Swindon Town on a 2-year deal that is set to start on July 1st, becoming the first signing of the 2019 Summer transfer window.

Lancashire, 30, started his career with Southampton where he wasn’t a regular in the 3 seasons that he was part of their first team picture before spending most of the 09/10 season on loan at Grimsby which kick-started his career. After signing for Walsall in 2010, he spent 2 years with the Saddlers, 1 season at Aldershot before spending 3 years at Rochdale, a season at Shrewsbury then joining Swindon 2 years ago.

Who is Lancashire and what does this mean for the club?

I have to be honest and say that I know nothing about him at all. I asked Swindon Town supporter Steven Fyfe for his thoughts on Olly and here is his response:

Not a massive fan, not many Town fans are. He is a good squad player at this level but will not push you on.

Likes to be vocal, organised and will put his body in.

Not the most glowing reference that you will ever see but hopefully he’ll be a player like Eddie Nolan and Nicky Hunt that’ll help the younger players with his experience of playing a couple of hundred games at this level and League 1.