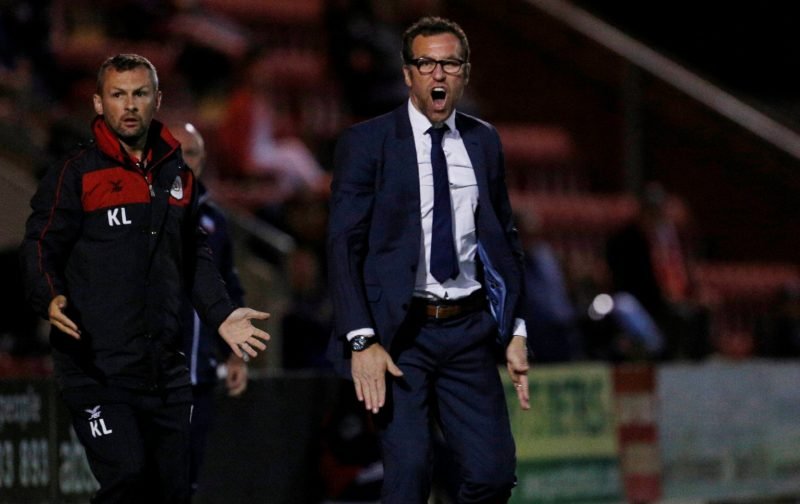 Port Vale picked up their first away victory during 2018 with a 1-0 win at the Alexandra Stadium against Crewe Alexandra yesterday afternoon thanks to a Leon Legge header 15 minutes from time.

Manager David Artell made 1 change from last Saturday’s trip to Cheltenham Town with Chris Porter replacing Alex Nicholls up front alongside Jordan Bowery with the former Barnet forward dropping to the bench where he was joined by regular scorer against the Valiants Shaun Miller.

In a first-half with little chances, Manny Oyeleke (fresh off his first Football League goal last week) was the first to test either keeper as his effort was saved by Ben Garratt whilst it took the hosts until half an hour gone before Scott Brown made a save from a Callum Ainley effort. On 34 minutes the best chances of the half fell to the Alex strike pairing as Bowery ran onto a short back-pass with Brown making the save before Porter was denied from the rebound as Legge cleared off the line.

Into the second period where Crewe stopped playing football and started to go longer which suited Vale more with central defenders Nathan Smith and Legge winning more against Porter and Bowery. Former Alex striker Tom Pope hit the bar early in the second-half after Garratt had denied Ricky Miller before Ben Whitfield had another effort that was saved by Garratt after the winger broke down the Vale right.

The goal came as Legge headed in a Luke Hannant free-kick that was swung in left-footed from the right whilst Shaun Miller almost levelled via a deflected effort that was superbly saved by Brown with 5 minutes left to play, putting it behind for a corner.

The next fixture sees Manchester City’s Under-21 team at the Alexandra Stadium on Tuesday night in the EFL Trophy whilst our next league action takes place at Meadow Lane as we travel to Notts County next Saturday.

What did we learn from yesterday’s game?

We already knew that Porter and Bowery as a front 2 doesn’t work which we saw a number of games last season where they both needed a smaller striker alongside them rather than the other. Another thing that was frustrating was the number of crosses that were played from deep areas that were floated in that Brown could take easily or the centre-halves Smith and Legge could head away.