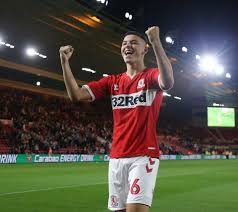 Crewe Alexandra have completed the signing of Middlesbrough forward Stephen Walker on loan until the end of the season with him being assigned the number 29 shirt.

Walker, 19, came through the Boro academy system and was loaned out to MK Dons in last January’s transfer window but his time on the pitch limited as the Dons finished in 3rd place last season. He’s made 8 appearances for Boro this season, including the EFL Cup game against the Alex in August.

He’s been a regular for England at Under-19 level having scored 6 goals in 9 appearances at that level, including a hat-trick against Macedonia, as well as making appearances at Under-17 and -18 levels.

What are the Alex fans getting from the signing of Walker?

To be honest, I’m unsure where he’ll fit in immediately, although he offers competition to Chris Porter and Chuma Anene for the central forward position while I think it’ll remain Kirk + 1 for the 2 wing positions. Either way, having another option for the front 3 positions won’t harm the club.