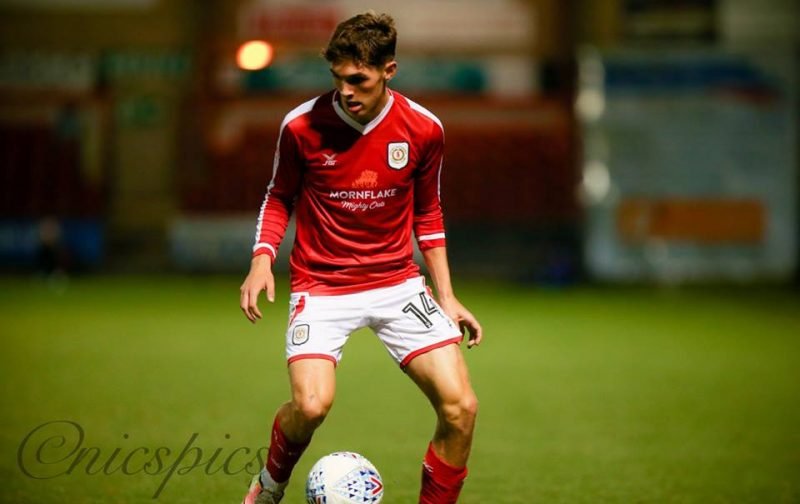 Callum Ainley has extended his contract with Crewe Alexandra, the club confirmed yesterday afternoon, with the midfielder signing a new 3-year deal.

Ainley, 20, is set to make his 100th appearance for the club in tomorrow’s home game against Cheltenham Town since making his debut for the club against Swindon Town in September 2015 as a 17-year-old as a late substitute for Lauri Dalla Valle.

This season he has made 51 appearances and has scored 5 times including a goal against League 1 Rotherham United in the FA Cup.