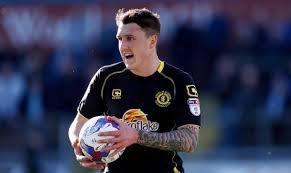 Peterborough United have completed the signing of Middlesbrough midfielder Callum Cooke on a 2-year deal with the option of a third year as confirmed by chairman Darragh MacAnthony on Twitter.

Cooke, 21, started his career at Boro where he shined in their UEFA Youth League campaign (scoring 4 times in 8 appearances) in the 2015/16 season before joining Crewe for the second-half of the following season. After a successful loan spell with the Railwaymen, he joined League 1 side Blackpool on loan for the whole of last season and made 54 appearances in all competitions across those loan spells, scoring 7 times. He has also appeared for England at Under-16, -17 and -18 levels where he made 22 appearances across those age-groups.

He joins fellow midfielders George Cooper, Anthony Grant, Colin Daniel and Swansea loanee Adam King that play at London Road that have also represented the Alex in the past.

What are Peterborough getting with the signing of Cooke?

Cooke is a midfielder who played for the Alex as one of a 3 in central midfield but his natural position is as a #10 player. Whilst at the Alex he combined well with Cooper which will bode well for Posh fans and his attacking instinct could see him get into double figures if he stays fit and the supply is there.