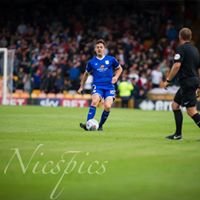 Other Position(s): Centre Back, Right Midfield

Ryan is a right-footed central midfielder who has also been used as a right-sided midfielder as well as a centre-back during the second ‘Academy 11’ team in the final game of the 2017/18 season.

Ryan arrived for a nominal fee from Alsager Town in January 2015 as a 17-year-old, first of all signing scholarship forms before signing a pro deal later in the year. He would make his debut for the club in November against Bradford City in a losing effort with his first goal coming 18 months later in April 2017 against Leyton Orient.