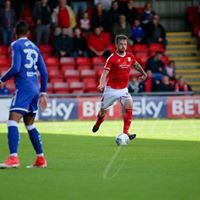 Michael left the club in the summer of 2019 as the club didn’t renew his contract.