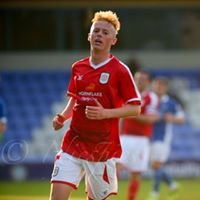 Charlie came through the Alex academy system and made his debut for the club, whilst still a second year scholar, against Rochdale in Feburary 2016 as a late substitute. He scored his first goal for the club on Boxing Day 2017 with a late header before adding 4 more before the end of the season.