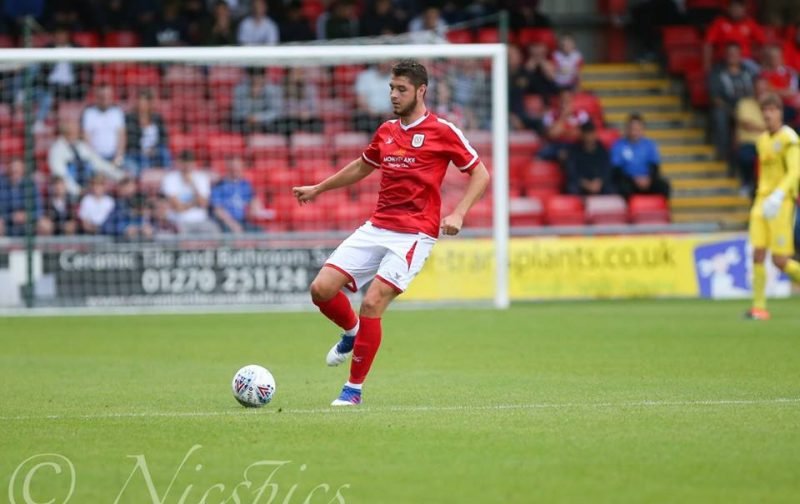 Other Position(s): Centre Back

Brad is a right-footed central-midfielder who signed for Crewe Alexandra in the summer of 2017 after his contract at Hartlepool United expired. He made his debut as a member of the back 3 in the opening game of the 17/18 season at home to Mansfield Town but wasn’t a regular starter for the club, especially in the second half of the season.

During the following season, he was loaned out to Wrexham for the first half of the season where he was a regular with the Welsh club as they were sitting near the top of the league after the Xmas and New Year period. He joined Shrewsbury Town on an 18-month deal on 9th January 2019.