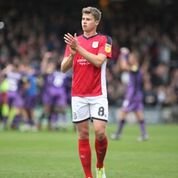 Lincoln City have confirmed the signing of Crewe Alexandra midfielder James Jones on a 3-year deal following his contract expiring with the Alex, becoming their first signing of the summer.

Jones, 24, has spent all of his career so far with the Alex, making 185 appearances in all competitions with 21 goals, despite missing most of the 17/18 season through injury.

He has been capped at Under-19 and Under-21 levels for Scotland in the past.

What are Lincoln getting from Jones?

Jones is a more of a box-to-box midfielder who can also play as a deep-lying playmaker who looks to get involved with build-up play but isn’t afraid of getting around the edge of the area to get shots off. Whilst he hadn’t shown the same level of ability since a move to Preston North End 3 summers ago, he was just starting to show signs that he was getting back to those levels just before the enforced break.

I think that this move has come at the right time for both player and club but wish Jones all the best with the Imps.