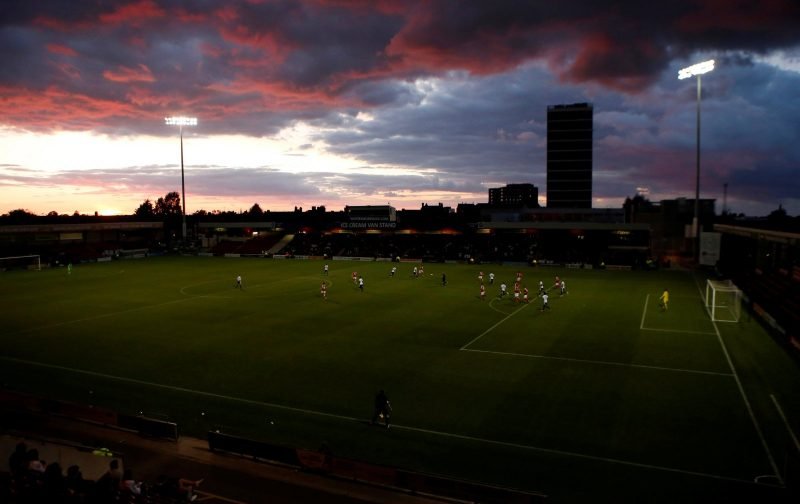 Tomorrow evening sees us face Shrewsbury Town in the final group game of the newly-named Papa John’s Trophy with both teams already through to the knockout stages – the winner of the game (including if it’s on penalties) will top the group and face one of the second-placed teams in Round 2. The game will kick-off at the earlier time of 6:00 pm.

Both teams will have players that the other set of fans will recognise as the Shrews have both Daniel Udoh and Brad Walker while the Alex have Omar Beckles and forwards Mikael Mandron and Chris Porter in theirs.

The league season started off with 3 draws in their opening 4 games (a defeat to Northampton Town the other game) before their only league win so far coming at AFC Wimbledon. They would lose the next 4 league games before a 1-1 home draw against Burton Albion – they currently sit in 22nd place in League 1 after 10 games.

They lost 4-3 at Middlesbrough in the 1st Round of the EFL Cup, beat Cambridge United in the FA Cup on Saturday and have won both of their EFL Trophy games so far – 3-0 against Newcastle’s Under-21s and 2-1 against Bolton Wanderers.

Shrewsbury have made 11 signings this summer, 4 permanent ones, 2 loans until January and 5 season-long loans. Goalkeeper Dejan Iliev has joined until the end of January from Arsenal while defenders Charlie Daniels has joined from AFC Bournemouth while right-backs Marlon Fossey and Matthew Millar have joined on loan from Fulham (EOS) and Newcastle Jets (Jan) respectively. Midfielders Scott High and Jan Zamburek have joined on loan deals from Huddersfield Town and Brentford respectively while forwards Josh Daniels, Rekeil Pyke, Leon Clarke, Marc Pugh and Shilow Tracey (whose on loan from Tottenham) completing their signings.

They have let 7 players go, including Omar Beckles, permanently while youngster James Rowland has joined Barwell on loan.

A George Ray own goal saw the visitors ahead in the 20th minute with Alex Gilliead doubling the lead on 63 minutes before Jordan Bowery would halve the deficit with 11 minutes to play.

The officials for this game have been announced here with Declan Bourne the referee, Joe Clark and Andrew Hendley are his assistants with Steven Rushton the fourth official. This is the first Alex game that Bourne has refereed as he is a new Football League referee this season.