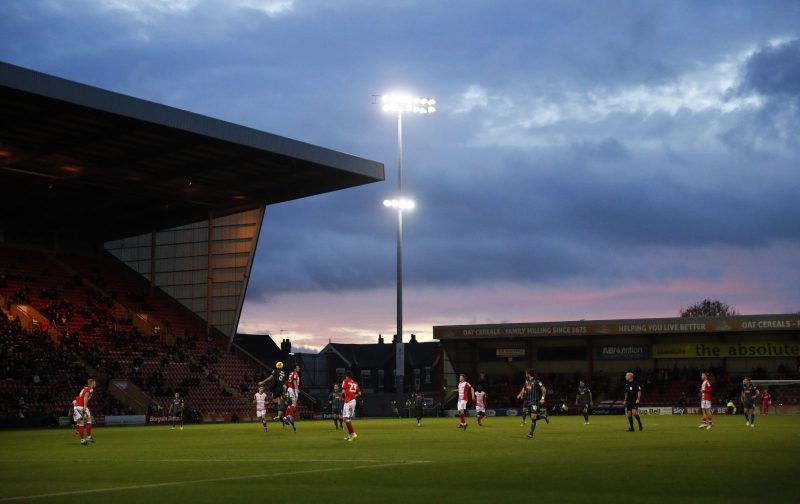 This evening sees us host Doncaster Rovers at the Alexandra Stadium with the Alex looking to do the league double after our win in Yorkshire in October.

They lost in the 1st Round in the Carabao Cup to Blackburn Rovers while they lost in the 4th Round of the FA Cup at West Ham United after they beat FC United of Manchester, Carlisle United and Blackburn in the previous rounds. In the EFL Trophy, they finished bottom in their group after a win on penalties against Bradford City before defeats against Oldham Athletic and Wolverhampton Wanderers Under-21s.

Since the last meeting, they have signed midfielder John Bostock and striker Omar Bogle on permanent deals with goalkeeper Ellery Balcombe, midfielder Scott Robertson and wingers Elliot Simoes and Josh Sims all joining on loan (Sims back for a second loan spell of the season with Donny). Ben Whiteman was sold to Preston North End while midfielder Lirak Hasani has left on loan.

Charlie Kirk gave the Alex the lead in the 26th minute before Josh Sims leveled the score a minute later with Harry Pickering’s free-kick with 20 minutes to play securing the 3 points for the Railwaymen.

The officials for this game have been announced here with Ben Speedie the referee, Kenwyn Hughes and Andrew Hendley are his assistants with Graham Salisbury the fourth official. The following Crewe game is the only one that had been refereed by Speedie in the last 5 years: