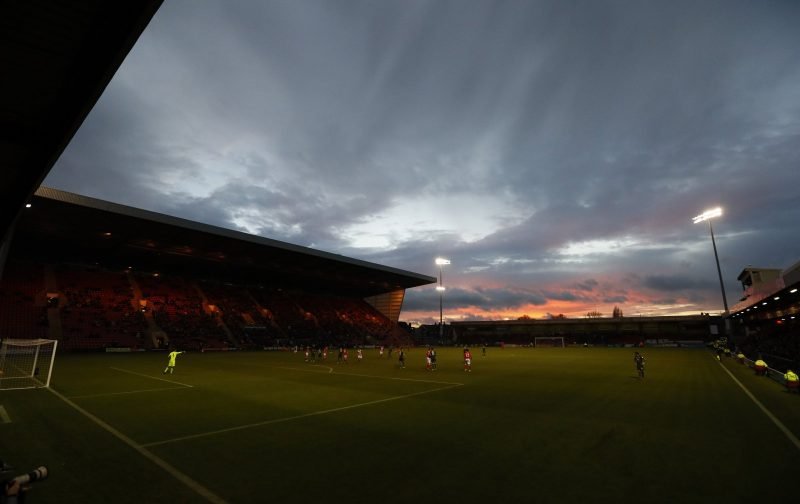 Tomorrow evening sees the final of 3 successive home games in 3 different competitions with League 1 Burton Albion making the short journey north to the Alexandra Stadium. Both teams will be looking for a good start in a group that also contains Mansfield Town and Everton’s Under-21 team.

So far this season, they have beaten Gillingham, Oxford United and Bristol Rovers, drawn with Shrewsbury Town and lost to Ipswich Town and Rotherham United as they sit in 8th place in League 1. In the EFL Cup, they have beaten Port Vale and Morecambe to set up a home game against Bournemouth in 3 weeks in the 3rd Round.

Over the summer, Burton have signed 7 players over the summer, 4 of which are permanent signings and 3 season-long loans and let 7 leave the club. Joining the club are goalkeeper Kieran O’Hara (loan), defenders Jevan Anderson and Richard Nartey (loan), midfielders John-Joe O’Toole and Ryan Edwards as well as forwards Oliver Sarkic and Nathan Broadhead (loan).

Looking back in the archives, the two teams have met 9 times with Crewe leading the head-to-head with 4 wins to 2 with 3 draws. Crewe’s biggest win came in March 2011 with a 4-1 victory at the Alexandra Stadium while Burton’s came at the same ground in December the following year with former Alex striker Calvin Zola getting the only goal of the FA Cup tie. The last season that the two clubs met was in the 2015/16 season with both games ending in a draw, a 0-0 at the Pirelli Stadium before a 1-1 draw in South Cheshire later in the season.

The officials for this game see Anthony Backhouse as the man in the middle with Wade Smith and Ollie Williams his assistants and Benjamin Speedie as the fourth official. The following Crewe games have been refereed by Backhouse in the last 5 years: