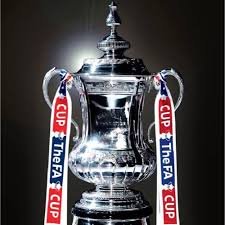 Tomorrow afternoon sees us play at the University of Bolton Stadium for the second time this season as we travel to Bolton Wanderers in the first round proper of the FA Cup, the hosts sitting in 20th place in League 2. Due to the season being condensed, this game will go the distance tomorrow as there are no replays in this season’s competition.

The league season started off with 3 defeats at the hands of Forest Green Rovers, Colchester United and Newport County before their first win against league newcomers Harrogate Town. A goalless draw with Grimsby Town was followed by defeat to Oldham Athletic, a 3-3 draw at manager Ian Evatt’s former club Barrow and another draw at Cambridge United before a win against Bradford City. Their last 2 fixtures saw a big defeat at Leyton Orient last Saturday before a 1-1 draw with Mansfield Town on Tuesday.

They lost 2-1 at home to Bradford in the 1st Round of the EFL Cup and have lost to both the Alex and Shrewsbury Town in the EFL Trophy, they play Newcastle United’s Under-21s in the final game a week on Tuesday.

They have made 3 signings since the last meeting with Peter Kioso coming in on loan from Luton Town with forwards Arthur Gnahoua and Lloyd Isgrove joining on permanent deals from Macclesfield Town and Swindon Town respectively.

They have also allowed forward Muhammadu Faal to join Barnet on loan for the season.

The clubs met in the first group game of this season’s EFL Trophy with Mikael Mandron opening the scoring in the 7th minute before Ryan Delaney got the hosts level 8 minutes after the break. Owen Dale gave the visitors the lead on 65 minutes with Shaun Miller leveling the game 9 minutes later before Mandron got his second from the penalty spot in the final minute.

The officials for this game have been announced here with Robert Lewis the referee, Graeme Fyvie and Hristo Karaivanov are his assistants with Peter Gibbons the fourth official. Here are the Crewe games that have been refereed by Lewis in the previous 5 years:

I asked Chris Mann from Bolton Wanderers fanzine The Burnden Aces (their twitter) for his thoughts going into the game and looking at the season ahead.

Coming down from League One – and the Championship a year earlier – means expectations were naturally quite high, even more so after comments made by Ian Evatt in pre-season about us being too strong for many teams in the division.

We’ve been operating under a transfer embargo for the past 18 months and will continue to do so until the end of the season. In simple terms, it means we can’t buy players or pay loan fees, so every player recruited over the summer has been a freebie – despite fans of other clubs accusing us of trying to buy the league!

Evatt has had to assemble a brand new squad which understandably takes time, but there is a lot of backlash from supporters at the moment who are unhappy with performances, results, our league position and then being told they need to be ‘realistic’.

The club have invested in the manager, his beliefs and style of play so I think he’s safe for the immediate future, but the club are very lucky fans aren’t attending games at the moment as frustrations on social media are nothing compared to the toxic atmosphere that can creep into the stadium when things aren’t going so well.

Are there any players that you are missing from this game?

We’ve had a few injury problems in recent weeks.

Eoin Doyle has missed a few games with a hamstring injury, Nathan Delfouneso seems to be playing through something similar (possibly back-related) and our versatile home-grown defender Harry Brockbank has picked up the problem too.

Dennis Politic – another academy product – is out for the season after cruciate ligament surgery, so we’re clearly missing a number of our key names.

We do have a few coming back – Gethin Jones, Lloyd Isgrove, Shaun Miller – but whether they’re good for 90 minutes at this stage is unlikely.

What is the position you need to strengthen most in January?

Ian Evatt hit the headlines recently for some poorly-worded comments about Billy Crellin, who is on loan from Fleetwood Town. His choice of words weren’t acceptable, but the message he was attempting to get across was clear.

Crellin is making mistakes, costing us goals on a regular basis and opposition managers know this. He isn’t comfortable catching a ball so set-pieces are often put right under his crossbar, whilst statistics detailing his saves to shots ratio are extremely poor – almost 50% of strikes faced resulting in goals conceded.

He’s young and improvement will come but our backup stopper is only 18, with third-choice Matt Gilks only really brought on board as a coach.

What would be the team that you would pick for the game if you were in charge?

We’ve been playing a strange 3-4-1-2 since the early stages of the season and Evatt has stated changes will be minimal, so I’d expect something along the lines of:

I’d expect the front three to be different if options are available – Arthur Gnahoua maybe an option instead of Crawford or Darcy.

Are Doyle and Crawford still the players we are to look out for in the Bolton squad or is there someone else we should look out for?

Doyle is yet to hit his stride at Bolton but is likely to miss out as previously mentioned, whilst Crawford has been underwhelming but somehow tops the assist chart in League Two.

Antoni Sarcevic has been key for us in recent weeks. Criticised in the early part of the season, the captain has scored some crucial goals in recent weeks and without those we would likely be propping up the EFL at this moment in time.

Have you changed your mind on where you think that you will finish this season?

Despite our start, we’re still only one good run away from challenging for the play-offs. Do I expect it to happen? No, but sometimes it only takes one lucky result to get things moving.

Being realistic, I think we’re probably going to have to look at a mid-table finish and be happy with it. Not what we want but, at least right now, it would be the absolute most we could hope for!