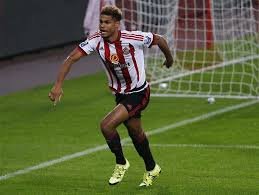 Mikael Mandron’s first-half brace, which took him to 12 goals for the season, was enough to see Crewe Alexandra complete the league double against MK Dons at Stadium: MK yesterday afternoon.

Manager David Artell made three changes from Good Friday’s 2-1 home defeat against Hull City with Luke Offord starting for the first time since mid-January at right-back, Luke Murphy started in the midfield trio with Mandron coming in upfront as Donervon Daniels, Callum Ainley and Chris Porter all dropped down to the bench.

The opening chance of the game came in the 8th minute with Cameron Jerome having the ball in the Alex’s net only to be ruled offside from a left-sided cross before the Alex took the lead 7 minutes later as Tom Lowery played Charlie Kirk through with his pass behind Mandron to turned and finished across Andrew Fisher into the bottom corner. The lead was doubled 5 minutes later with Kirk’s chipped ball into Mandron’s chest before the Frenchman fired into the bottom corner.

Jerome had a big chance to get the Dons back into the game 6 minutes after the break with him rounding Will Jaaskelainen before hitting the post with Matt O’Riley having an effort that missed the target midway through the half. Jaaskelainen would make a terrific save with a couple of minutes to play before making another save to deny a header in stoppage-time.

The next games for the Alex see us host Oxford United on Saturday hosting Portsmouth next Tuesday.

A similar game to the meeting at the Alexandra Stadium earlier in the season that saw the Alex score a couple of early goals with the Dons having the majority of the possession without creating a great deal before the final 10-15 minutes – though Jerome should have scored his chance early in the second-half.