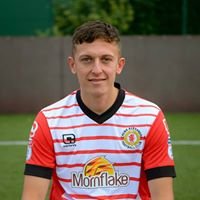 Crewe Alexandra have announced that they have extended the contracts of goalkeeper Will Jaaskelainen and midfielder Oliver Finney, with both players previously having deals that ran out this summer.

Finney, 20, has come through the club’s infamous academy and made his debut in the final game of the 2016/17 season in a home game against Barnet and made a solitary appearance this season, again as a substitute, against Carlisle United in January. He has also gained experience in the Northern Premier League over the past 2 seasons at Nantwich Town and Halesowen Town, where he made 5 and 14 appearances in all competitions respectively.

Jaaskelainen, 19, came through the academy at dad Jussi’s former club Bolton Wanderers before signing for the Alex last summer. Whilst he has only made the Alex bench at Notts County in February, he made 23 appearances in all competitions for loan clubs Loughborough Dynamo, Nantwich Town and Buxton this season.

Finney has signed a 1-year extension whilst Jaaskelainen has penned a 3-year deal.