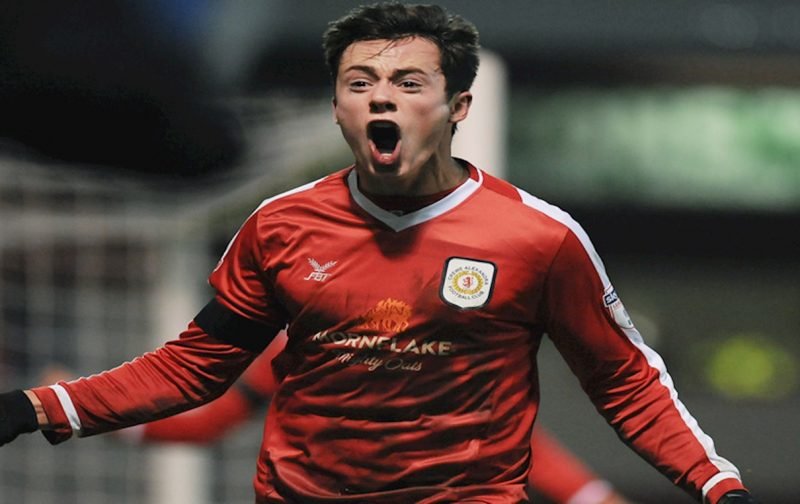 Carlisle United have completed the signing of former Crewe Alexandra loanee Harry McKirdy following his release from Aston Villa on an initial 12-month deal with the option of a second year.

McKirdy, 22, has signed professionally for Aston Villa in 2016 and spent time on loan at Stevenage, Crewe and Newport County before his release by Villa this summer.

What are Carlisle getting from McKirdy?

Harry is a quick forward who can play either through the middle or as a wide player that was highly-rated by Villa staff in his younger days due to his good goalscoring record in the under-age teams. It’s fair to say that it hasn’t quite worked out for him yet at senior level but it’ll be interesting to see whether he can break into their team regularly as a starter as most of his appearances while with the Alex and at Newport were as a substitute (he only made 7 starts in 29 appearances across those 2 spells).