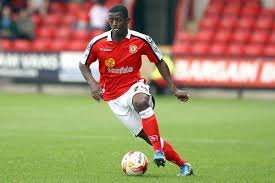 Former loanee Greg Leigh has left Bury after rejecting a new deal with the Lancashire club with the left-back’s contract expiring in the next few days.

Leigh, 23, started his career as a youngster at Manchester City before joining Crewe on loan in August 2014 and made 42 appearances in all competitions before his loan expired. After City had released him in 2015 and he rejected a permanent deal with the Alex, he joined Bradford City where he spent one season before joining Bury.

At the time of writing, he had not lined up a new club but it was announced at the end of the week that he has signed for NAC Breda in the Eredivisie on a 3-year deal.