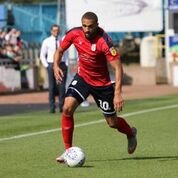 Mansfield Town have confirmed that former Alex forward Jordan Bowery has joined the club on a 2-year deal following his release from MK Dons this summer after moving from Crewe last summer. He is their first signing of the summer, with his deal commencing on August 1st.

Bowery, 28, started his career with Chesterfield before having spells at Aston Villa, Doncaster Rovers, Oxford United and Leyton Orient before joining the Alex in January 2017, initially on loan, making the move permanent that summer.

He joins Alex Academy Alumni striker Nicky Maynard at the Stags (although he is considering a new deal as he is out of contract this summer) as they look to improve on their 21st place from the season that has just finished.

What type of player is Bowery?

He’s a tall striker who is a hard-working forward with a decent first touch. His best form in an Alex shirt came when he played as a right-sided attacker in a 4-3-3 under Artell rather than as a central striker as his goalscoring record isn’t great (he averages about every 6 games).