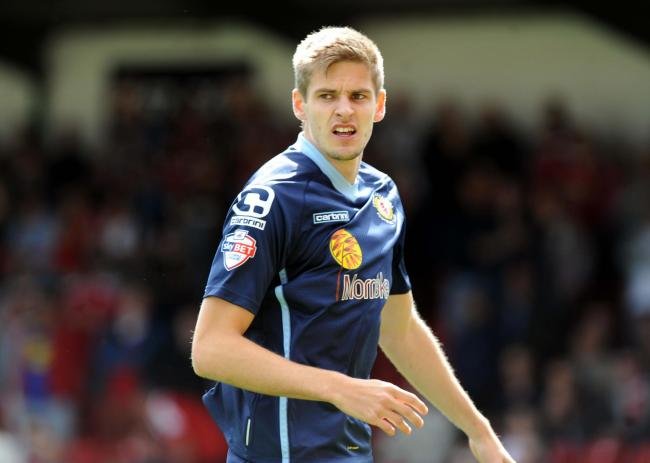 Livingston have confirmed that former Crewe Alexandra defender Jon Guthrie has joined the club on an initial 2-year deal with an option of a third year. He had been out of contract since the end of June following the expiration of his contract at Walsall.

Guthrie, 27, joined the Alex from non-league club Pewsey Vale in 2012, making his debut later that year against Swindon Town, the first of his 137 appearances for the Railwaymen, before joining Walsall 2 summers ago where he made 101 appearances for the Saddlers in all competitions.

What are Livi getting with the signing of Guthrie?

Guthrie is a left-footed centre-back who can also fill in at left-back and is a consistent player that has been a regular for both the Alex and Saddlers over the last 4 seasons (he’s missed just 24 league games during that time).

As far as his play style is concerned, he’s a defender that looks to keep it simple and play the ball short to a teammate rather than bring the ball out from the back, even if he’s playing at full-back.