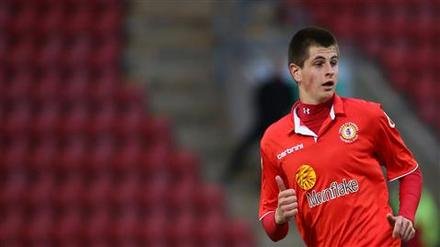 In this column, we look at those former Crewe Alexandra players that have moved on the deadline day for international transfers (the English domestic one is a week on Friday).

First on the move was left-back Greg Leigh. Greg spent the 2014/15 season with the Alex from Manchester City, making 42 appearances for the club in all competitions, before being released by the Premier League side. He would also play for Bradford City and Bury before joining NAC Breda 2 years ago – he has joined Aberdeen on a permanent deal until January after spending the whole of last season with the club.

Academy Alumni midfielder Liam Nolan was also on the move. He would make 29 appearances for the Alex in his 2 seasons as a professional between 2013 and 2015 at the start of his career and has represented Southport, Accrington Stanley, Salford City and Halifax Town before being released by the Shaymen earlier in the summer. He would sign for Macclesfield Town last month but left the club following them being expelled from the National League and signed for National League North side AFC Fylde yesterday.

The final player on the move is midfielder Jamie Ness. He would be another player that would join the Alex for the 14/15 season on loan (this time from Stoke City, making 34 appearances in all competitions) and would also play for Scunthorpe United, Plymouth Argyle and Dundee, the latter letting him leave by mutual consent.