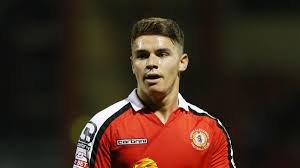 Newport County have completed the signing of Northampton Town forward Billy Waters on loan until the end of the season and will wear the number 22 shirt for the club.

Newport currently sit in 15th in League 2, with up to 3 games in hand over some of the teams around them, and they travel to the Alexandra Stadium on Good Friday in April.

What are Newport getting from the signing of Waters?

He is a versatile forward who can play through the middle as well as on either wing. It’s becoming a habit of him moving on loan in the January window with all 3 January windows leave Northampton on a temporary basis. So far this season, he has made the majority of his appearances from the bench.