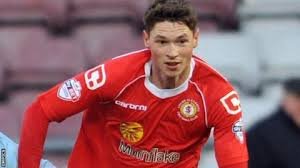 Derby County have completed the signing of George Evans from Reading for an undisclosed fee. The Cheadle-born midfielder has signed a 3-year deal and became Frank Lampard’s fifth signing of the summer.

Evans, 23, started his career at Manchester City before being loaned out to Crewe in the autumn of 2013, where he scored his first career goal against Port Vale, for the remainder of the 13/14 season before gaining more first-team experience at Scunthorpe United in the second-half of the following season. In September 2015, he became the second player to play for Man City at every age-group from Under-8 to the first team before joining Walsall the following month. He would move to Reading in January 2016 for a nominal fee.

He joins on-loan Liverpool winger Harry Wilson at Pride Park that have also played for Crewe.

What will Derby get from Evans?

They’ll get a hard-working defensive midfielder who has also played at centre-back during his time in Man City’s Elite Development Squad, another name for their Under-23 team. He also made 5 appearances for England at youth levels whilst at City.