Decent Point Away From Home Sees Alex Remain In Second 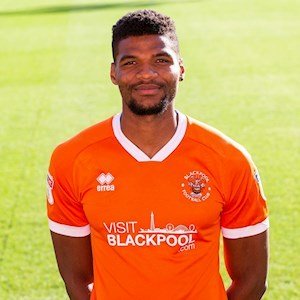 Honours were even as Crewe Alexandra drew at Exeter City last night, a result that both promotion-chasing teams will be satisfied with. Tom Parkes gave the hosts the lead in the first half before on-loan Michael Nottingham would level the score in the second half.

Manager David Artell made 2 changes from Saturday’s 1-1 draw at Morecambe with Paul Green replacing Ollie Finney in midfield with Daniel Powell coming in for Charlie Kirk on the left of the attack. Both Finney and Kirk dropped down in the bench where they were joined by Tom Lowery, who has missed the last 7 games through injury.

Green would have the ball in the net on 10 minutes but from an offside position before Exeter would take the lead on 32 minutes with Parkes converting from close range from Nicky Law’s corner.

Into the second period where Stephen Walker would have an opportunity just after the break before the Alex would level on the hour-mark with a free-kick from James Jones went all the way through to Perry Ng at the back post, his drive was turned goalwards by the centre-back who opened his account for Crewe. It was Crewe who were on the ascendancy from that point with Ryan Wintle having a drive from distance saved by Lewis Ward before Jaaskelainen making a great save a few minutes from time.

Our next two games see a home game against Stevenage on Saturday before a trip to Mansfield Town the following Saturday.

As I said in the column looking back at Saturday’s game at Morecambe, it was important that we didn’t lose last night and we didn’t. Having not won in Exeter since the late ’80s, it was a case of making sure that we limited the damage done with both Swindon and Plymouth winning home games last night and the never-say-die attitude that we have in the squad just keeps continuing.