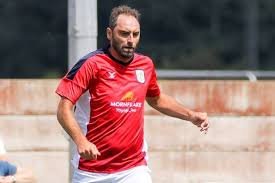 Crewe Alexandra have announced the signing of Nicky Hunt on a 12-month deal after appearing for them on trial throughout pre-season, becoming their fourth signing of the summer after Alex Nicholls, Paul Green and Shaun Miller arrived earlier in the transfer window.

Hunt, 34, started his career at Bolton Wanderers where he made over 100 Premier League appearances after making his debut at Old Trafford on the opening day of the 03/04 season. After slowly being phased out at the Wanderers, loan spells with Birmingham City and Derby County, he joined Bristol City on a permanent deal in the summer of 2010 before short spells at Preston North End and Rotherham United before signing for Accrington Stanley in January 2013, initially on loan before making the move permanent in the summer. He has also had single-year spells at Mansfield Town, Leyton Orient and Notts County.

What does the signing of Hunt give Crewe?

Hunt gives the Alex cover at full-back roles after only having Perry Ng and Harry Pickering as senior players. He is also an experienced player (over 400 career games) that has played at a higher level that will help the younger players out around Reaseheath but the concern is that if we lose one of Ng or Pickering for a sustained period of time whether he’ll cope with playing every single game.