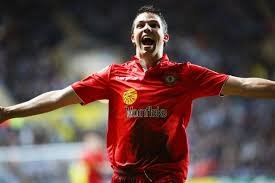 The first game of this round-up came 15 years ago with Derby making the journey to the Alexandra Stadium. Grzegorz Rasiak gave the visitors the lead on 16 minutes, Tommy Smith doubled the lead with 16 minutes to play with David Vaughan scoring in the final minute for the Alex.

The third game saw Cheltenham travel to the Alexandra Stadium. Justin Richards brace (the second of which was a penalty) gave the visitors control of the game with Carl Martin scoring for the Alex in stoppage-time.

The final game for today saw a trip to Broadfield Stadium to face Crawley Town. Uche Ikpeazu gave the visitors the lead on 18 minutes with Jamie Proctor equalising with 20 minutes to play before Brad Inman would score the winner with 10 minutes to play.