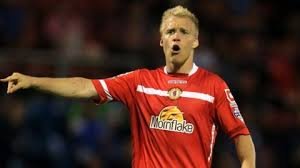 In this column, we look at how Crewe Alexandra have done on this day in the previous 20 years on April 25th.

The first game of this round-up came 9 years ago with a trip to Adams Park to face Wycombe. Scott Rendell opened the scoring on 42 minutes before getting his and Wycombe’s second 3 minutes later from the penalty spot.

The other game of the column took place 4 years ago with a trip to Coventry’s Ricoh Arena. Lauri Dalla Valle gave the Alex the lead on 23 minutes with Ryan Colclough doubling it 10 minutes later. Marcus Haber would get the third in the 73rd minute with Nick Proschwitz scoring a consolation with 5 minutes to play. Former Alex loanee Chris Stokes would play the full game for the hosts.