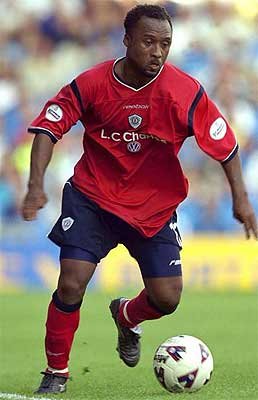 The first game of this round-up came 19 years ago with a trip to Edgeley Park. Karim Fradin gave the hosts the lead on 71 minutes with Shane Nicholson (84, pen) and Aaron Wilbraham made it comfortable for the North Cheshire side.

The following year saw us host Rotherham at the Alexandra Stadium. Rodney Jack gave the Alex the lead on 26 minutes with Efe Sodje adding the second 7 minutes later. Despite this result, the Alex were relegated on goal-difference with Rotherham surviving in 21st place.

A year later saw a trip to Oakwell to face Barnsley. A Clayton Ince own goal gave the hosts the lead in the 33rd minute with Neil Sorvel levelling a minute later and Rob Hulse scoring a 62nd-minute winner. Former Alex loanee Chris Lumsdon played the first 70 minutes for the hosts.

The next game saw Oldham travel to the Alexandra Stadium. Nicky Maynard gave the Alex the lead in the 25th minute before he doubled the lead in the 71st minute. The hosts held on despite Richie Wellens’ 85th-minute goal.

Game 4 saw Cheltenham arrive at the Alexandra Stadium with David Artell scoring the only goal of the game for the hosts a minute before half-time.

The penultimate game of the column saw Colchester arrive at the Alexandra Stadium with neither team breaking the deadlock.

The final game of the column took place 2 years ago with Morecambe the visitors to Gresty Road with Shaun Miller getting the only goal of the game with 2 minutes to play. Former Alex striker Vadaine Oliver played the final 18 minutes for the visitors.