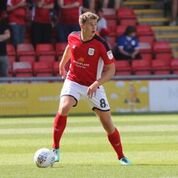 In this column, we look at how Crewe Alexandra have done on this day in the previous 20 years on April 14th.

The first game of this round-up came 19 years ago with a trip to Molineux with neither team able to break the deadlock.

The second game saw a trip to Vale Park to face the Vale. Robin Hulbert gave the hosts the lead on 36 minutes with second-half goals from Leon Constantine and former Alex striker Luke Rodgers (who played the first 71 minutes) extending the lead.

Game 3 saw the short trip across Cheshire to face Macclesfield Town. A Lewis Chalmers penalty gave the hosts the lead before a brace from Nick Powell either side of half-time saw the Alex ahead with Colin Daniel getting the equaliser 10 minutes from time against his former club (having come on in the 56th minute).

The next game saw a trip to face Peterborough. Lauri Dalla Valle gave the Alex a third-minute lead with Conor Washington levelling midway through the second half.

The penultimate game saw Notts County travel to the Alexandra Stadium. Adam Campbell gave the visitors the lead in the 9th minute with Chris Dagnall levelling on 38 minutes. Former Alex midfielder Michael O’Connor gave County the lead again on 51 minutes while James Jones levelled midway through the second half. Both O’Connor and Matt Tootle played the full game for the visitors.

The final game of the column took place 2 years ago with a trip to Kenilworth Road. Jordan Bowery scored the opener for the Alex on 35 minutes with Danny Hylton and Elliot Lee scoring to see the hosts in front at the break before Pelly-Ruddock Mpanzu scored 6 minutes after half-time sealed the win.