Alex Edged Out Of Cheshire Senior Cup By Tranmere 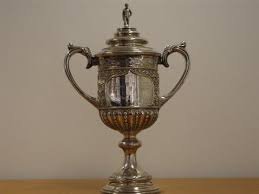 Stefan Payne scored the only goal of the game in the first-half for Tranmere Rovers as they beat Crewe Alexandra in the Second Round of the Cheshire Senior Cup last night.

Manager Alex Morris named Dave Richards in goal as captain with a back 4 of Abdul Djalo, Olly Lancashire, Travis Johnson and Nicky Hunt from right-to-left. In front of them were Callum Ainley, Joe Robbins and Ollie Finney while Owen Dale and Aaron Lomas played either side of Connor Heath up front. On the bench were goalkeeper Andy Waitlake, Nathan Woodthorpe, Oliver Southern, Tyreece Onyeka and Jack Goodrich.

The goal came in the 16th minute with Payne disposed Johnson on the edge of the area before slotting the ball past Richards to his left before Pilling denied Heath from a one-on-one on 25 mins.

The next couple of games are a home game against Barnsley on Monday (24th) at Reaseheath before a trip to Birmingham City the following Monday.