Alex Advance Thanks To Anene Double 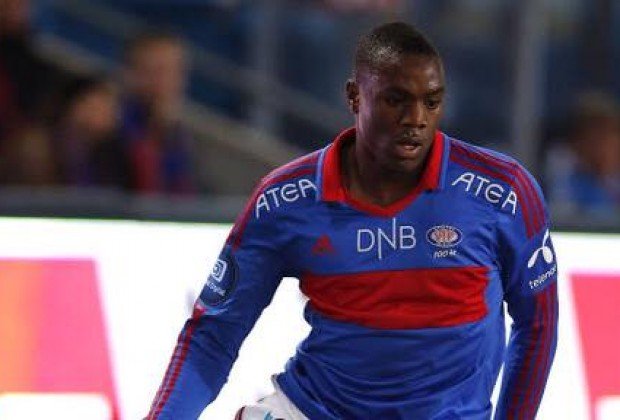 Chuma Anene came off the bench to score twice to help Crewe Alexandra defeat Eastleigh in last night’s FA Cup 2nd Round replay at the Alexandra Stadium. An own goal from Spitfires defender Reda Johnson had doubled the Alex lead before Marcus Barnes reduced the deficit late on, again as a substitute. This result sees the Alex play against Championship-strugglers Barnsley at home in Round 3.

Manager David Artell made 2 changes from the first game as Nicky Hunt replaced Christian Mbulu at the back while Ollie Finney came in for Paul Green in midfield, both Green and Mbulu dropping down to the subs bench.

After a quiet opening half-hour that saw little action in either penalty area, Chris Porter went down with an injury (later we found out that it was a hamstring problem) which saw Anene take his place and the sub would score 6 minutes before the break, heading home a right-wing cross from Owen Dale off the underside of the bar.

Another change just after the break would pay dividends on 52 minutes with Daniel Powell, who replaced Dale a couple of minutes earlier, got in behind the left wing-back Matt Green with his cross turned into his own net by Johnson under pressure from Anene. The Norweigan forward almost added a second with Tom Lowery playing him through, rounding the keeper but he left it to Charlie Kirk whose effort was cleared off the goalline.

He would add his second and the Alex’s third just after the hour as a corner was cleared as far as Perry Ng, his clipped ball in found Anene who half-volleyed it past Max Stryjek in the visitors’ goal. The final say went to Eastleigh with Marcus Barnes, like in the first leg on as a substitute, lobbing the ball over Jaaskelainen with a minute to play.

Our next two games see Mansfield Town arrive at the Alexandra Stadium on Saturday with a trip to Stevenage the following Saturday.

Have to agree with Artell in his post-match interview that it was a good, professional performance against a hard-working side with some good, impactful changes from the bench from the gaffer.

It showed that Anene has the ability to be playing more games at this level (which is a really good thing with the Xmas/New Year period coming up), allowing Porter a bit of rest over the next few weeks even if he’s fit.